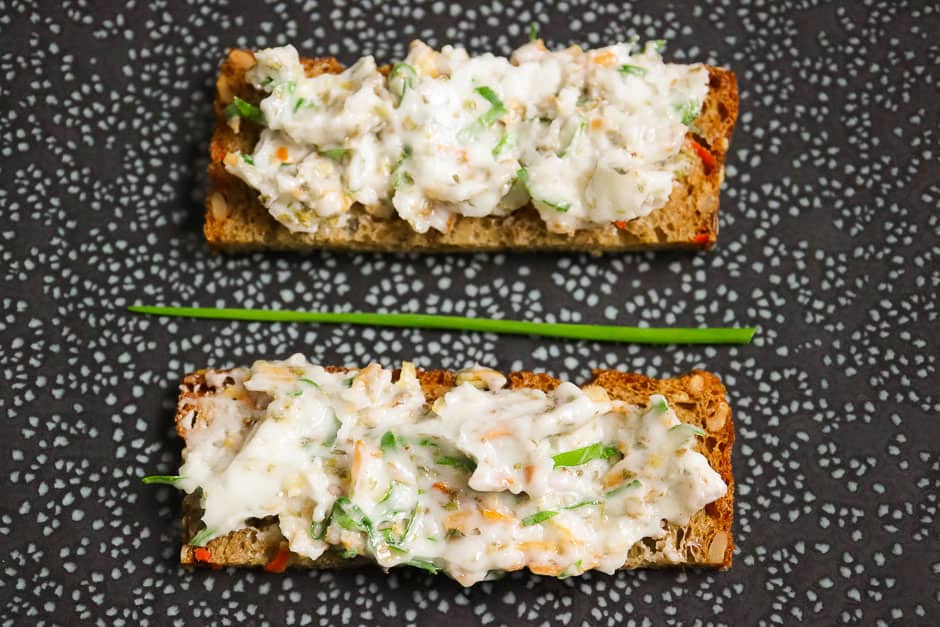 Today I’ll show you my recipe Vegan Lard. Vegan lard tastes delicious, the herbs and onions are tastefully excellent with coconut fat. In some regions this preparation is known as onion melt.

So that the vegan lard can keep up with the animal lard, I add many roasted onions and plenty of marjoram or oregano.

What do I personally like about this lard? It goes fast, very fast, the vegetarian lard can be kept in the fridge for many days. Coconut fat is also extremely healthy. Use a chilled organic coconut fat with a little coconut taste. The inexpensive alternative is a commercially available coconut fat, which is partially “naturally” hardened.

The vegan lard goes well with a good snack. Also other delicious vegetarian spreads, like the potato cheese, the Liptauer, the Obazda and the herb quark bring variety at dinner.

The preparation takes about 15 minutes, I wish you good luck and am looking forward to your comments.

For homemade vegan and vegetarian lard you need:

Bread, fresh brown bread or farmer’s bread, grain bread, pumpernickel, baguette, toast, rye bread or home-baked bread according to your wishes.
You can find the exact amounts of ingredients further down on the page in the recipe for vegan lard, onion melt, vegetarian lard.

Let the coconut oil temper slightly at room temperature. The fat should be soft but not liquid. Put the coconut fat with the other ingredients in a bowl… 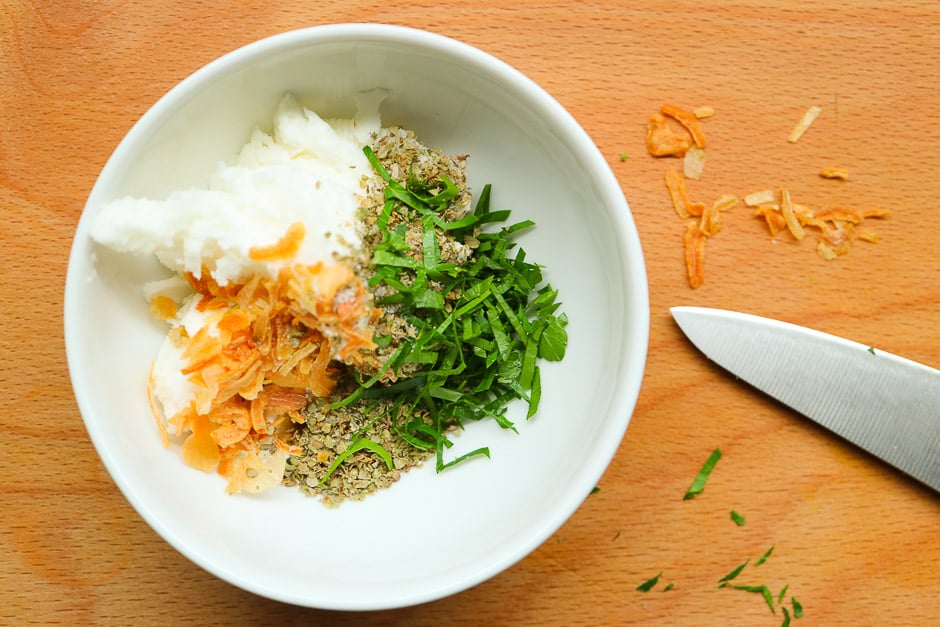 Ingredients for vegan lard in a bowl. 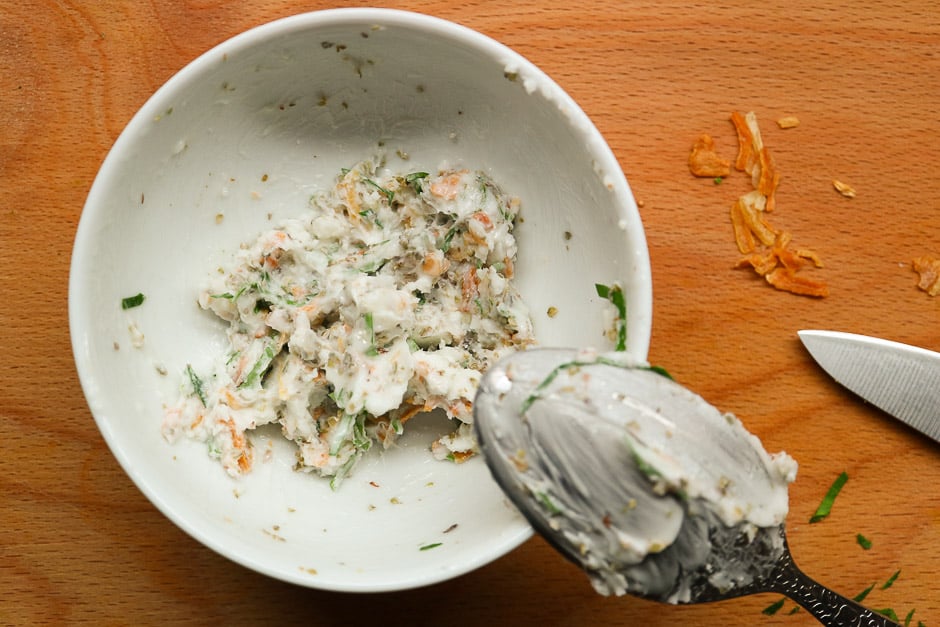 Vegetarian lard or onion melt mixed in a bowl.

Now fill quickly and chill. I like to put the lard in a screw glass, so the lard can be kept for a long time in the refrigerator. 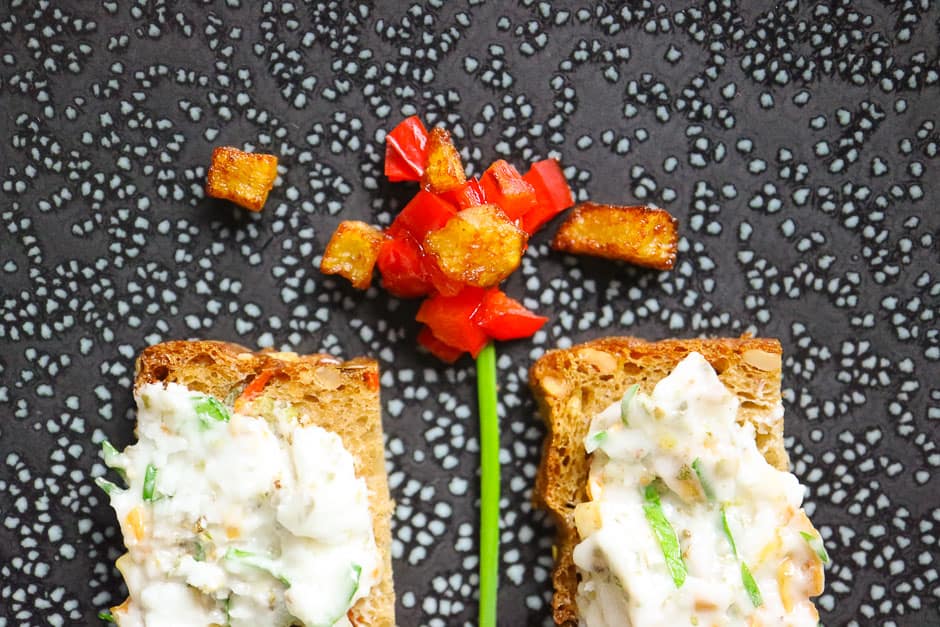 The following is the recipe for vegan lard as a spread on bread. Wish you good luck and a lot of fun with the preparation!