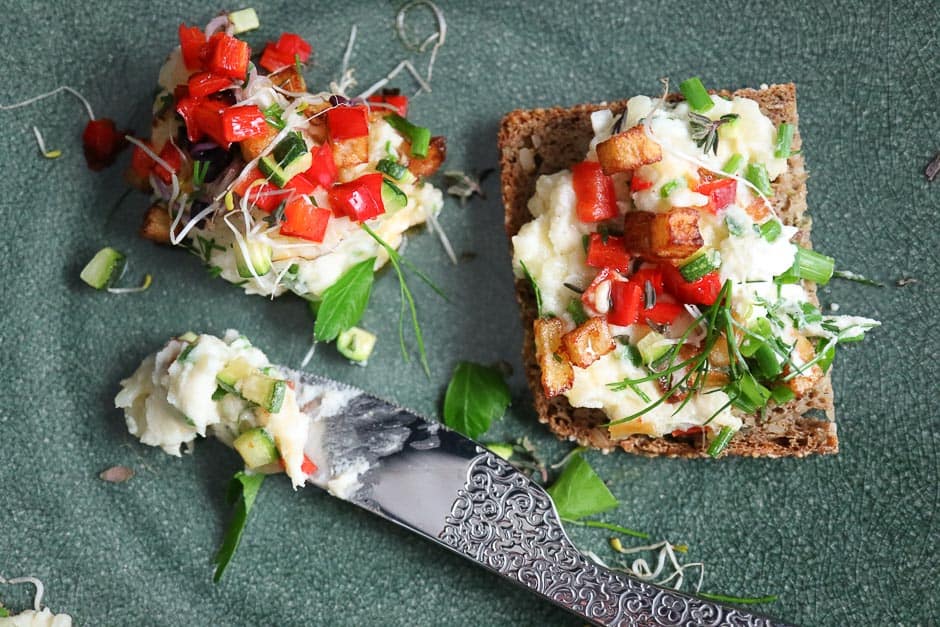 Today I show you the recipe Vegan Spread with Vegetables. The vegetarian and vegan cuisine is good for body and soul and the taste does not fall by the wayside!

I combine the vegan bread spread with zucchini, paprika, potatoes and herbs. This adds a lot of taste to the spread and it looks very delicious!

The preparation of this spread takes about 35 minutes. The spread goes well with snacks, you can prepare small sandwiches as finger food for your next party, or you can serve the vegan bread spread for breakfast.

Good success, I am happy about comments…

For homemade vegan bread spread with vegetables you need the following ingredients:

You can find the exact amounts of ingredients further down on the page at the recipe vegan bread spread. 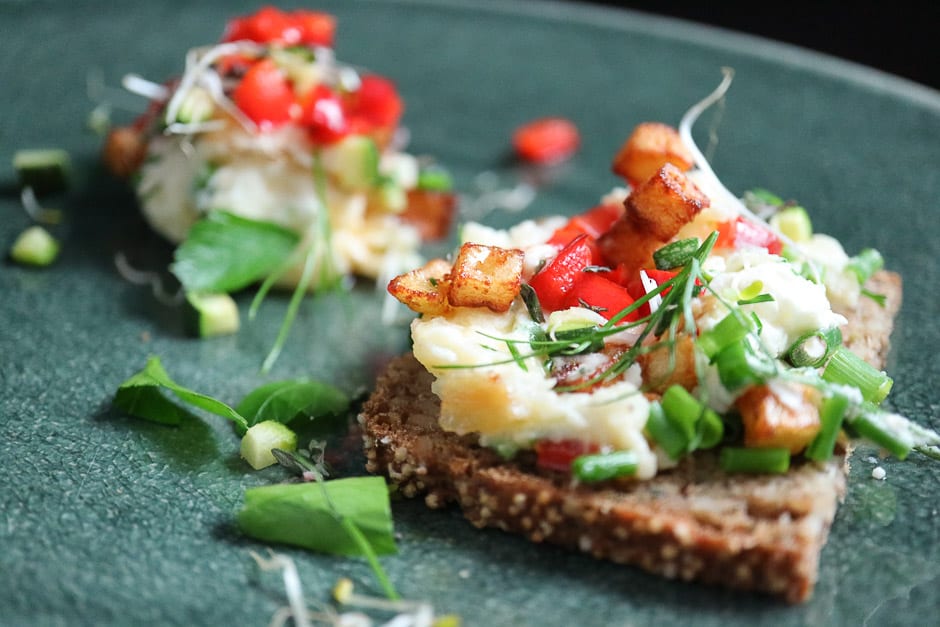 Vegan bread spread with vegetables looks particularly colourful and delicious on the plate.

Here some step by step photos for the preparation… 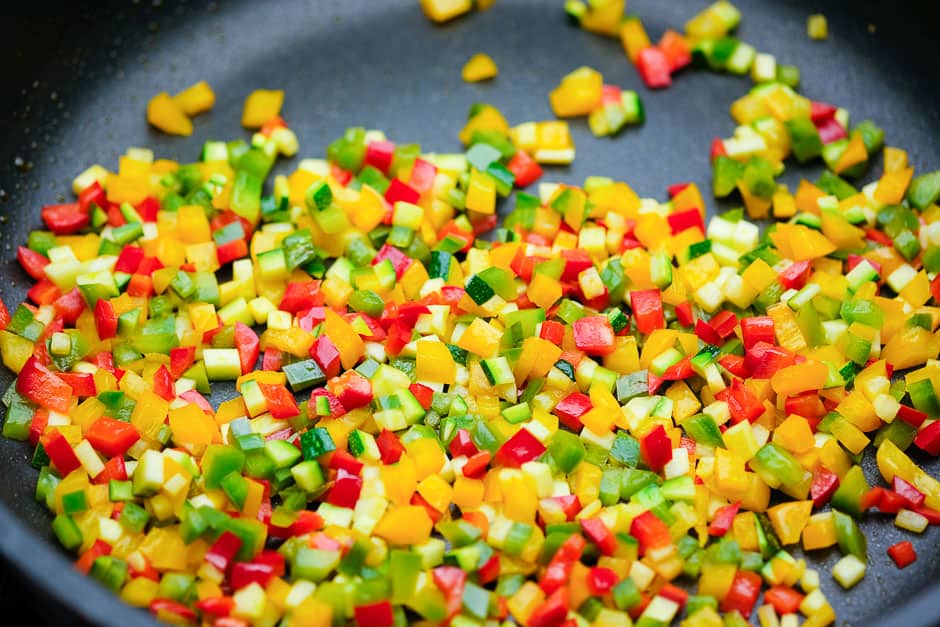 Fry the peppers and zucchini cubes in a pan over high heat for a short time. This will give the spread its colour and flavour later on! 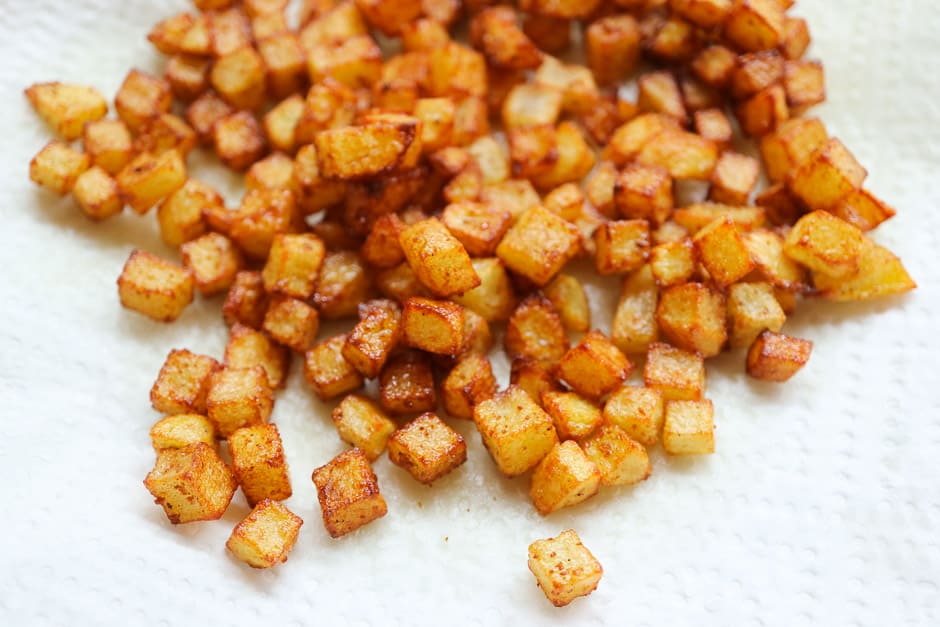 I also add freshly fried and crispy potato cubes. Peel the raw potato, cut into even cubes and fry twice in hot fat. After the first frying (3 minutes at 170°C) let the potato cubes cool briefly. Then fry a second time (170°C, 3-5 minutes). This turns the potato cubes crispy light brown! Please do not forget to salt them after frying! 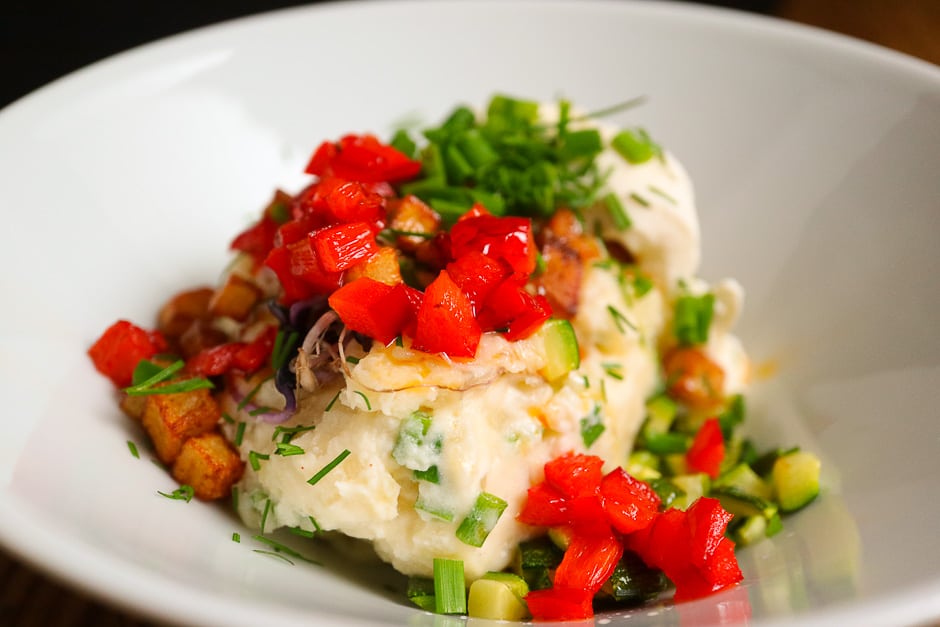 Ingredients for the vegan spread with vegetables when mixing. Finely chop the herbs and place in a bowl with the remaining ingredients. Season with salt, pepper and lemon juice and mix. When shopping, be flexible in your situation: add sprouts, use vegetables or herbs according to market offer.

The following is the recipe with exact ingredients.

Another hint for the binding of the bread spread:
Depending on the manufacturer, the soy quark is very liquid. You can then finely crush a few fried potato cubes with a fork and bind the spread with it.

Wish you every success and lots of fun with the preparation!