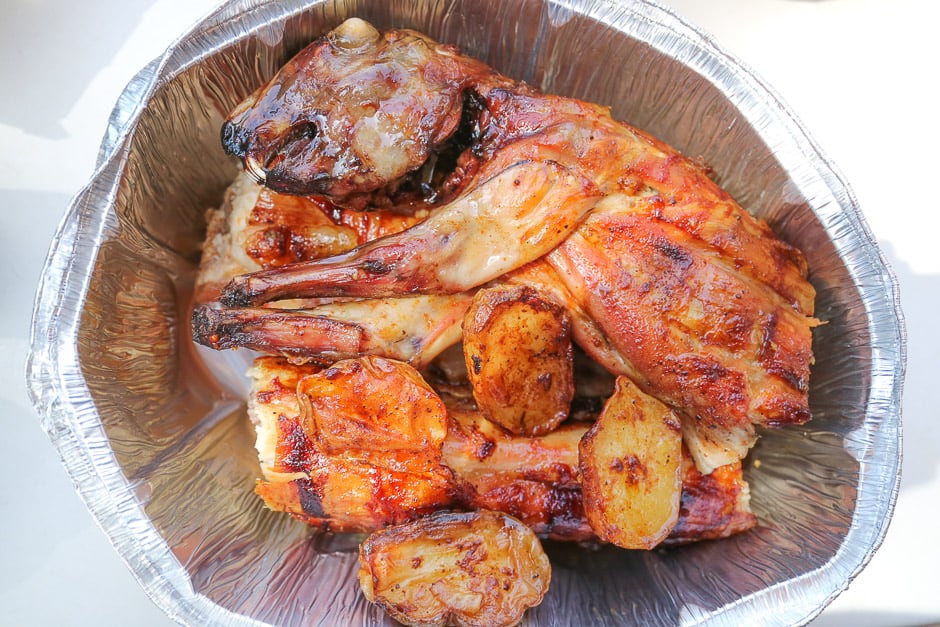 The recipe Rabbit Roast, original from the Mallorquin Kitchen I present to you in this contribution.

It was 38°C in the shade when I happened to stroll past Jorge’s barbecue kitchen in S’Alqueria Blanca after my shopping at noon in July, and an incomparably delicious smell came towards me. Great, my stomach growl came back to my mind and I took a closer look.

Jorge turned chicken and rabbit at the openly fired, Spanish grill and braised under the grill in addition the potatoes. We both got into conversation and I was allowed to try some of the rabbit in advance. Wow, that was a pleasure!

Of course I wanted to know exactly how to prepare something so delicious. So I learned Jorge’s culinary rabbit secret, which I like to share with you here. 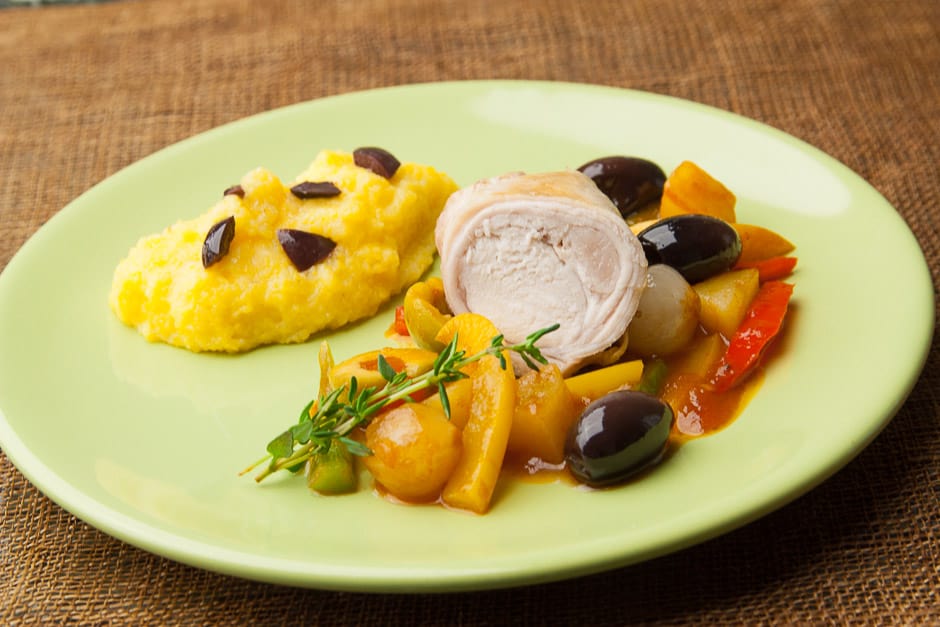 Rabbit with mediterranean vegetables and polenta I will show you elsewhere! © Food Photographer Thomas Sixt

1. Preparing Rabbit Roast – What you need for it

You can buy Roger Rabbit as a whole. If your butcher doesn’t have a rabbit at the moment, you can buy frozen goods in the well-stocked supermarket. First I’ll introduce you to Jorge cooking it all on the grill.

First release the hind legs and forelegs, then the back with kidneys and fillet, leaving the belly lobes on the back so that you can bind the rabbit roast to a kidney roast. 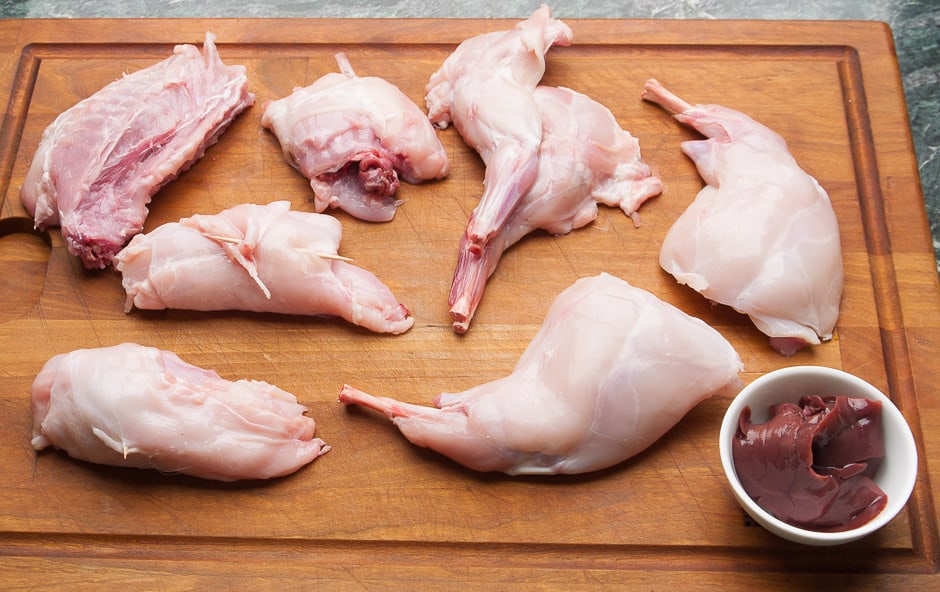 2. Prepare Rabbits whole on the Grill or in the Oven

2.1 Jorge’s Variant: All on the Grill

In the original version from Mallorca, the rabbit stays whole and is only freed from the innards except for the liver, kidneys and heart before the grilling, even the head stays on. Washing and dry dabbing does no harm.

Then comes the most important thing: The marinade!

Jorge’s gonna be painting his roast with this. He now clamps the rabbit in a kind of grill and so it comes on or to the grill. The ingenious thing about it is that the potatoes stew in the drained brew.

During the grilling Jorge brushes the marinade again and again on the meat. So it stays juicy and tender! 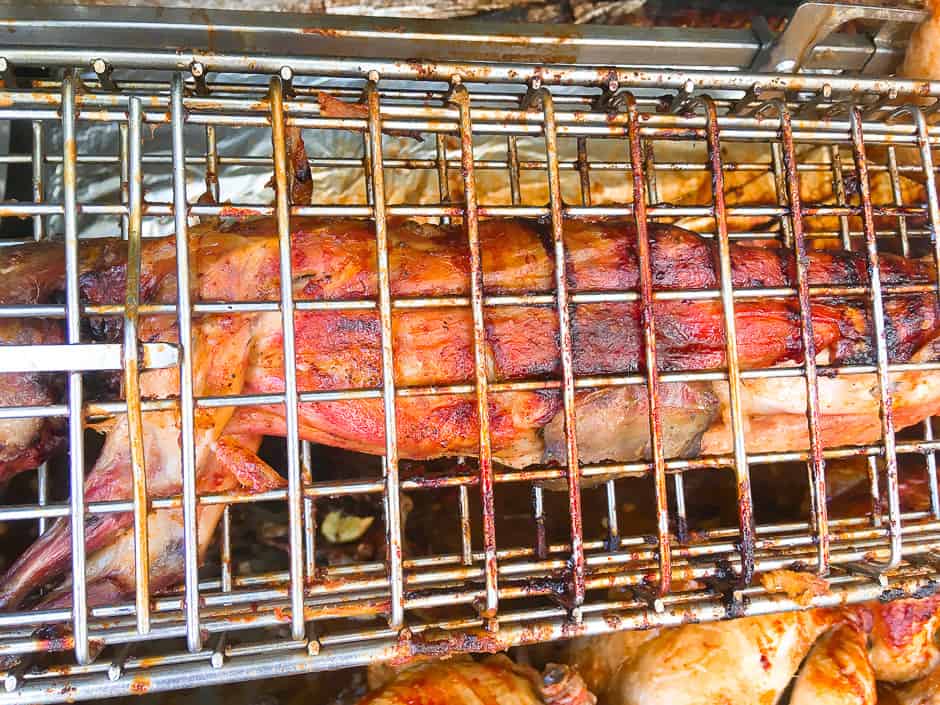 Rabbits in the grill, the roast is prepared whole! 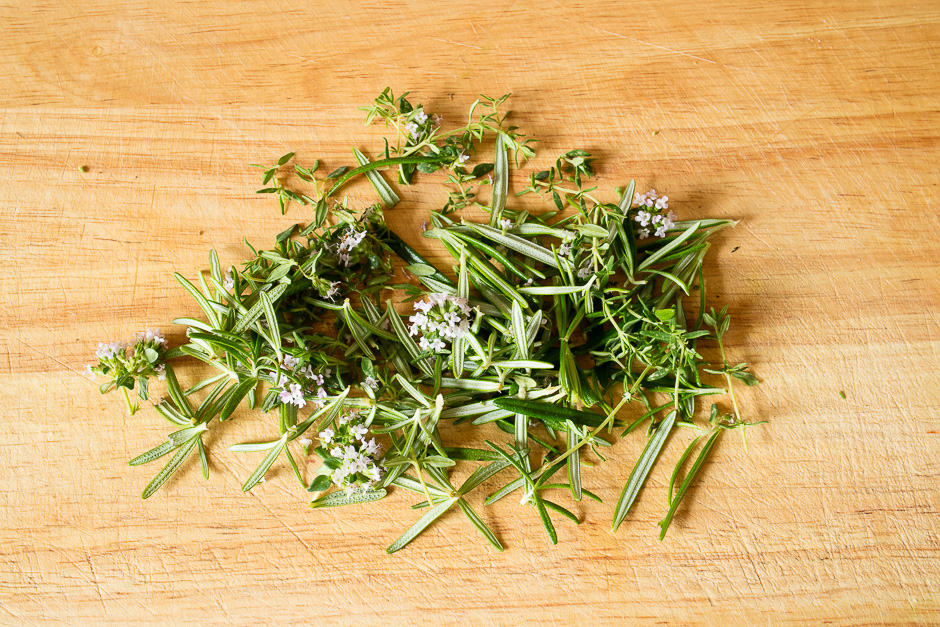 Thyme and rosemary are typical herbs of Mediterranean cuisine. 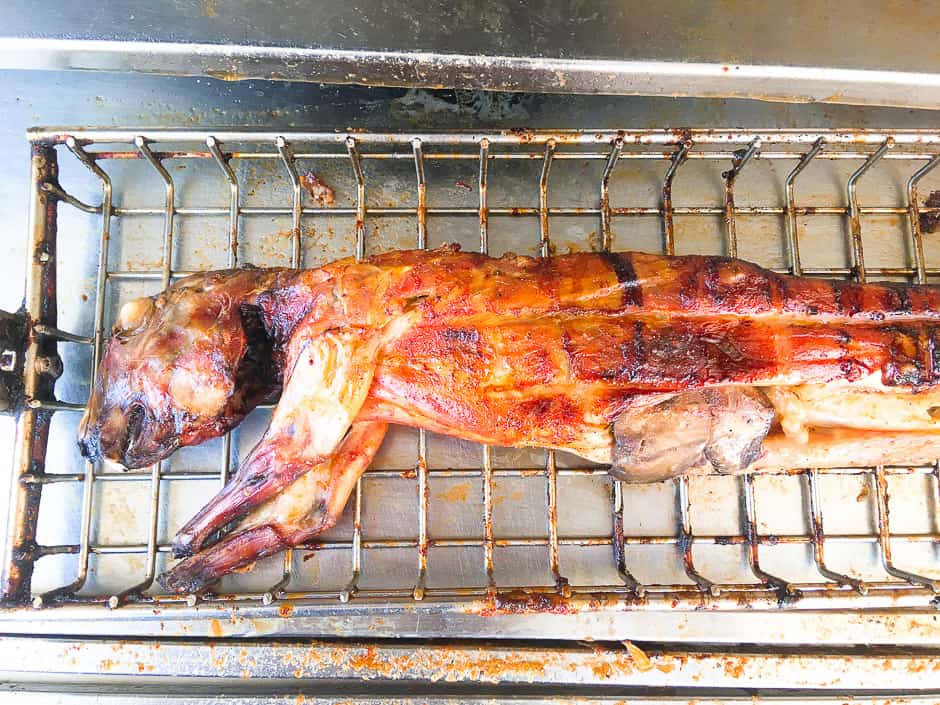 Rabbits with head and innards ready grilled. The roast smells delicious and with this variation we become aware that it is a living being who has sacrificed his life. Thank you! 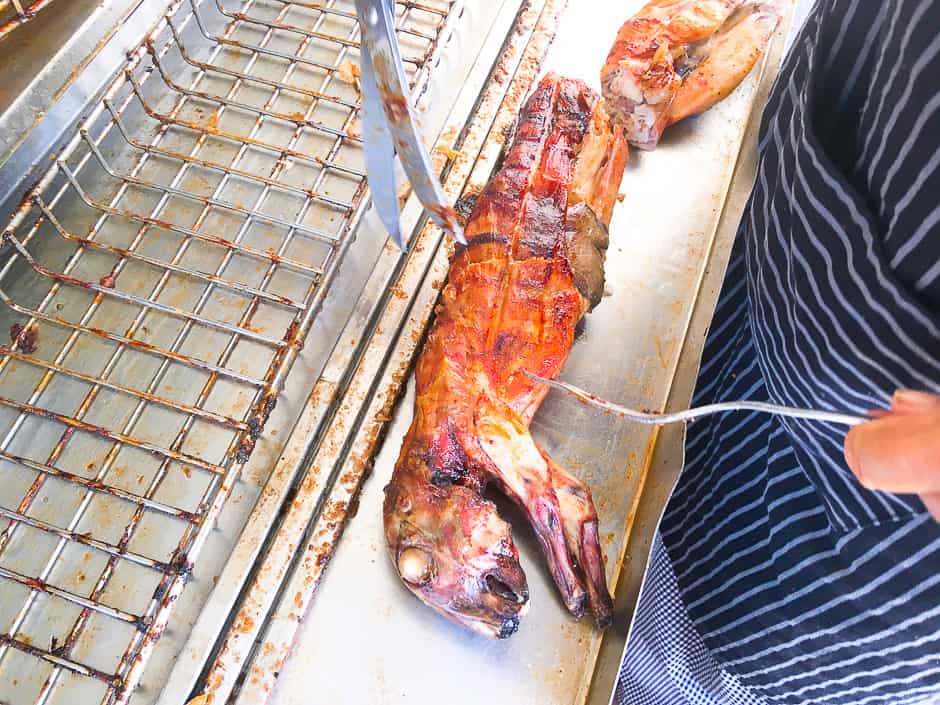 The grilled rabbit is professionally disassembled. 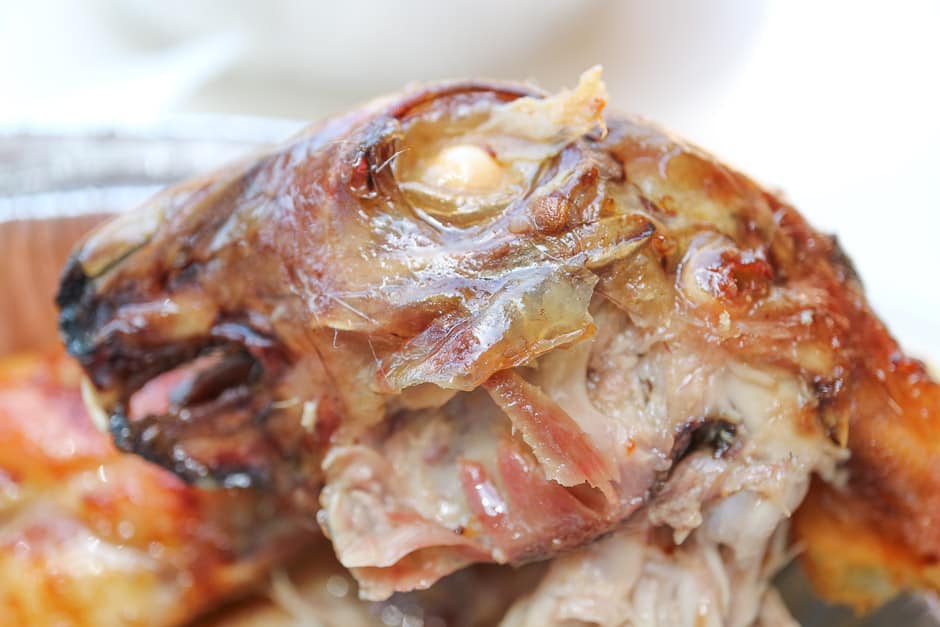 It remains to be noted that gourmets love the tender meat from the cheeks. As with fish, it is the best meat!

2.2 Oven Variant: Prepare Rabbit in the Roaster or on the Baking Tray

The variant for at home and in the oven goes as follows… Use a large roaster or a flat, high baking tray.

About 10 minutes before the end of the cooking time, spread the roast with honey and lemon juice and flavour with it. 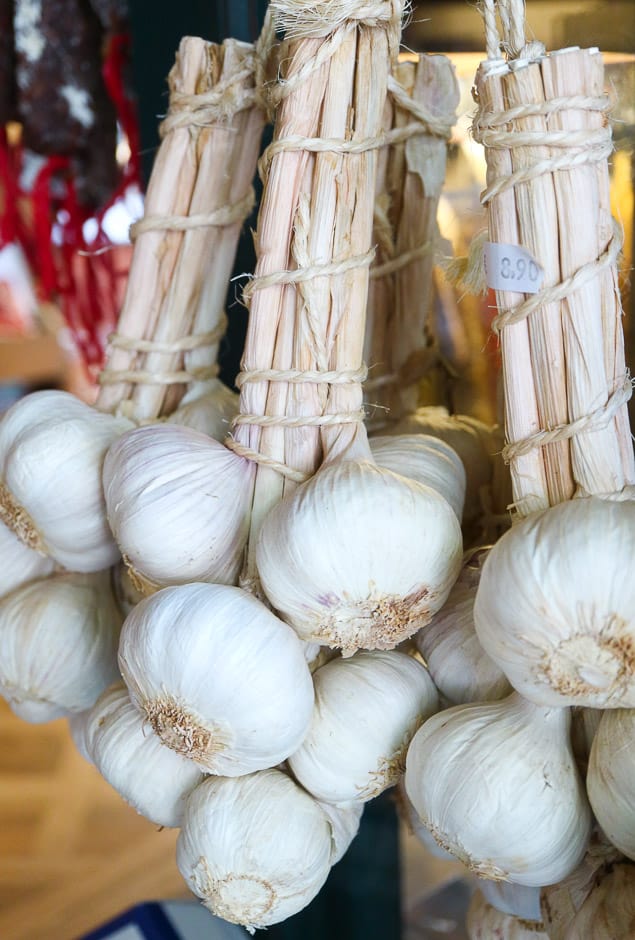 Fresh garlic in a bundle in spain

3. Which side Dishes go with it?

In the simplest variant, this dish is only served with potatoes. These simply cook with the grill or in the oven. This is very practical. 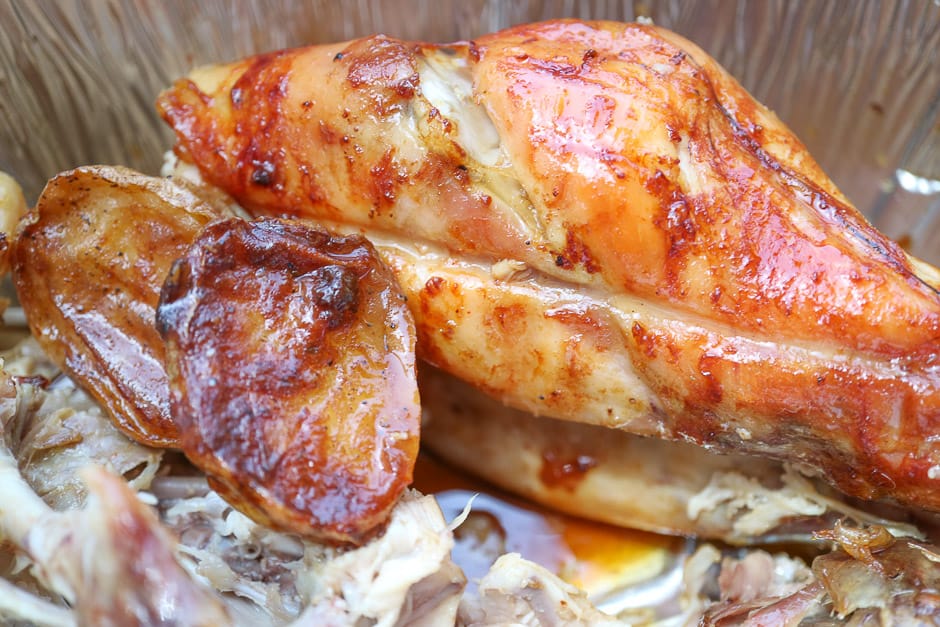 The simplest side dish of this dish is the halved potatoes. The glazed rabbit legs look magnificent!

Of course there are other side dishes to go with it, try a Ratatouille or the typical vegetables of the Balearic Islands, Tumbet… 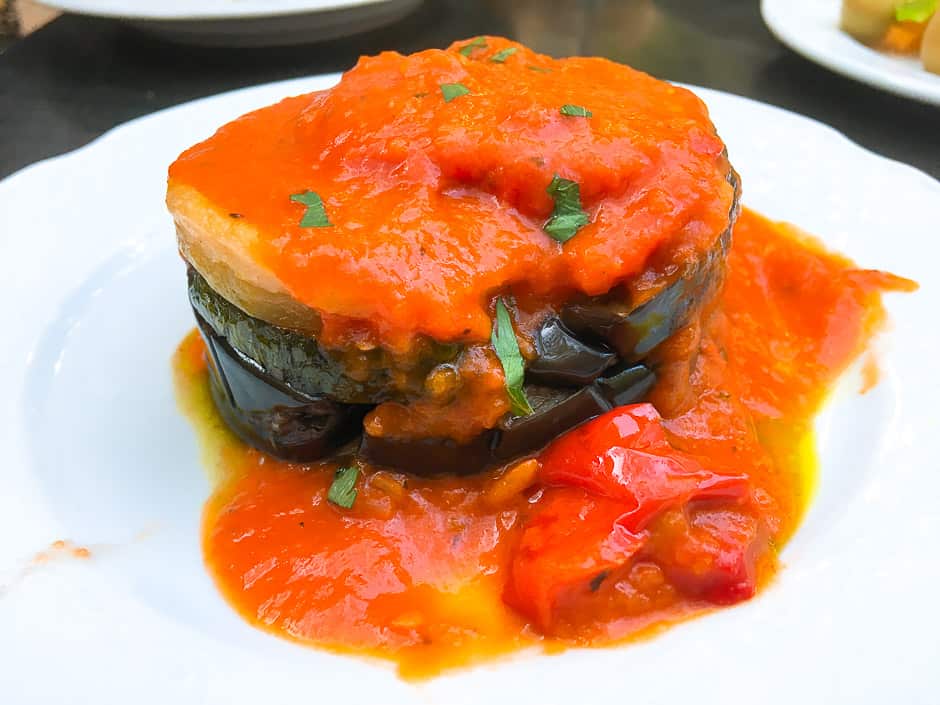 Aioli – the traditional garlic mayonnaise with rollado – is a popular dish in Spain. Rollado is the delicious cold tomato sauce, seen in the middle of the picture. 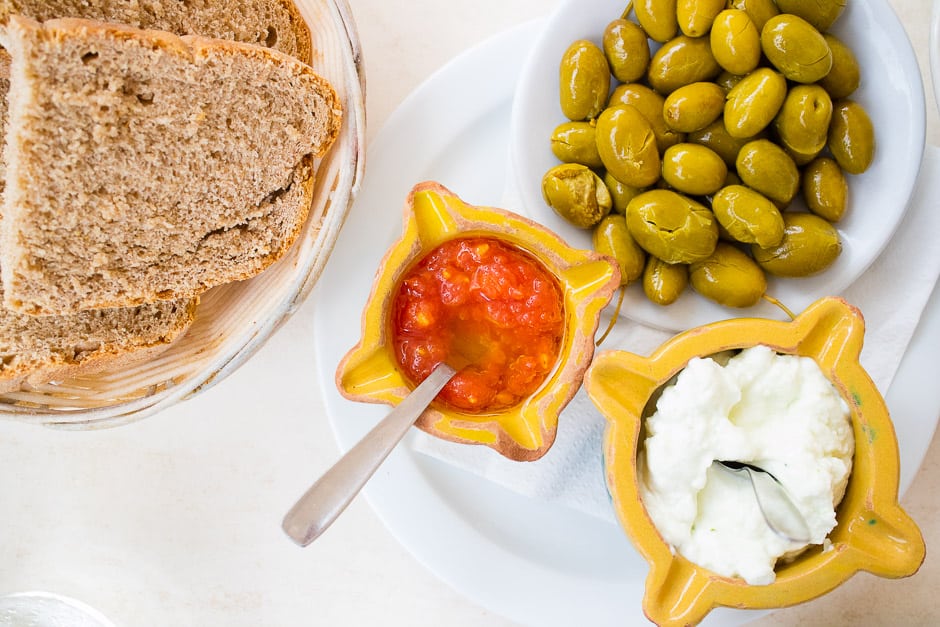 Typical bread side dishes in Mallorcan cuisine are aioli, olives and rollado.