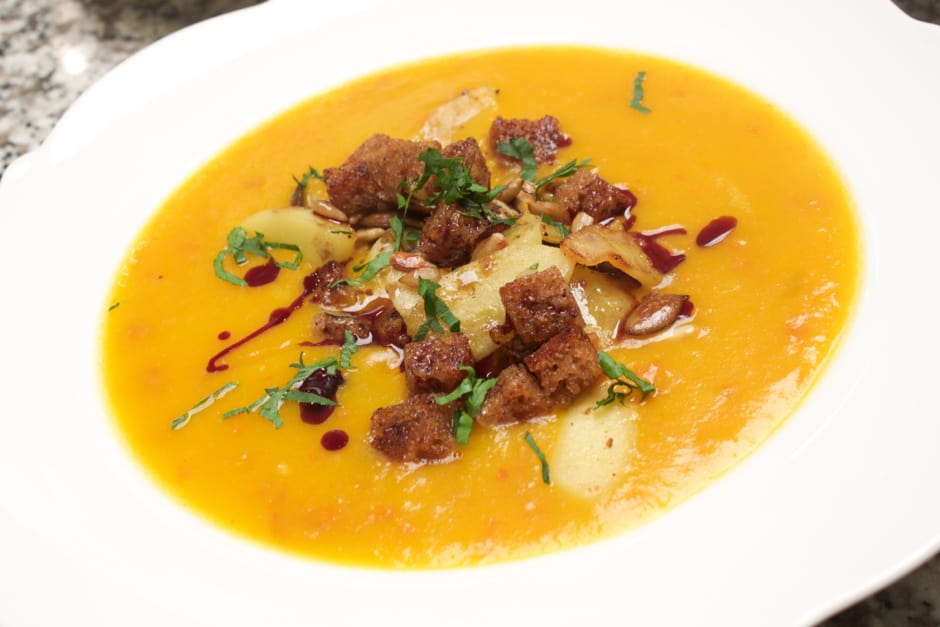 The basic recipe is quick and easy, I prefer to use Hokkaido pumpkin. Below you’ll find lots of professional tips to help you cook. In addition, I offer you other pumpkin soups recipes to try.

I’d love to come to your kitchen: watch the cooking video and conjure up a great soup with pumpkin. Good luck!

The preparation steps of the pumpkin soup here at a glance:

My recipe for pumpkin soup, ideal for the guest kitchen, can be found at the end of this page, below I give you an overview of pumpkin soup variants with ideas for the inlay and decoration:

3. Pumpkin Soup with Ginger and Prawns

Prepare the soup base as described above:
Hokkaido pumpkin or Butternut pumpkin, white wine, vegetable broth, chili, ginger and coconut milk or cream.

Wonderful pumpkin in autumn, photographed at an organic farm.

Whether you want to cook a pumpkin cream soup or a pumpkin foam soup, the basis of the preparation I show in my video.

For exact quantities you will find my recipe for the pumpkin soup in the following. I wish you every success! 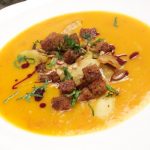 9. Other Recipes for Pumpkin and Pumpkin Soup