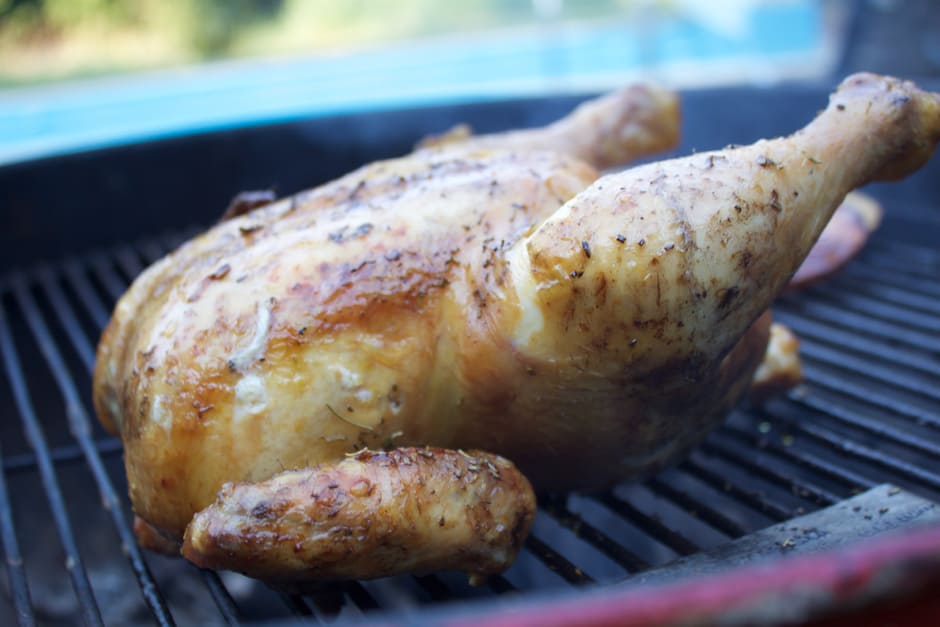 There’s a coke roast chicken with potatoes and peppers. Sounds a bit crazy, it is. I promise you a great result and a great taste experience!

In the video Cola chicken prepare I show you everything step by step.

How the Cola finds now to the chicken, I show you here! I wish you good luck!

Coke is an important part of our life for many years now. It was founded in 1886 by John Stith Pemperton – thanks again John for this great invention. And although Coke is that old, it’s still one of the most popular drinks. We love our Coke pure but also as a mixed drink such as Red Bull Cola. And that is what I need to make my chicken tasty.

How did I come up with the idea of using Coke for my meal? Honestly, one day I was hungry and opened my fridge. There was just a whole big chicken and a can of Red Bull Cola in it. That was the moment I created the idea of mixing a marinade for my chicken with. The result was really delicious so I decided to share it with you.

For my Coke chicken, I first prepare a baking tray and spread the peeled and halved potatoes as well as the halved bell peppers on it. I put the chicken in the middle of the tray. Half of the work is done now – I promise!

Now it is time for the marinade. For that I mix the Sweet Chili Sauce with Red Bull Cola in relation of 1 to 1. I mix well with a brush and spread the marinade on my chicken and a little on the vegetables.

From Red Bull Cola and a sweet chili sauce I mix the coolest marinade on earth!

Keep a little of the marinade and spread the chicken with it every 10 minutes so that the chicken takes on the Coke flavor. Red Bull Cola contains many natural herbs, that’s really special. Among other things it contains kola nut, koka leaf extract, galanga, clove, cinnamon, pine, mint, vanilla pod, ginger, mace, cacao, licorice, orange, mustard seeds, lemon and lime.

Before we put the chicken into the oven, we season it with salt, in addition we sprinkle the vegetable with some oil, so it won’t get too dry in the oven.

Now it is time to wait and watch

Now I slide the baking tray into the oven and every 10 to 15 minutes I spread my marinade on the chicken until it is cooked. When the chicken has a brown color, it is ready for serving. It looks amazing and smells delicious!

3. Which is the perfect occasion for the Coke chicken?

One whole chicken for just one person is way too much, even though it’s delicious. Personally I would recommend you cook this dish for a party with family or friends. My tip: don’t tell the guests how you made the marinade and let them guess!

You can find more cooking tips in my cooking video. Have fun with this recipe!

The Red Bull Cola is the best cola for a grill marinade. Red Bull cola contains many herbs and gives the chicken marinade a deep taste. You can also use this marinade for chicken wings, chicken breast or turkey meat. Vegetarians test this marinade best with smoked tofu. Great taste, great experience! 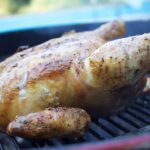