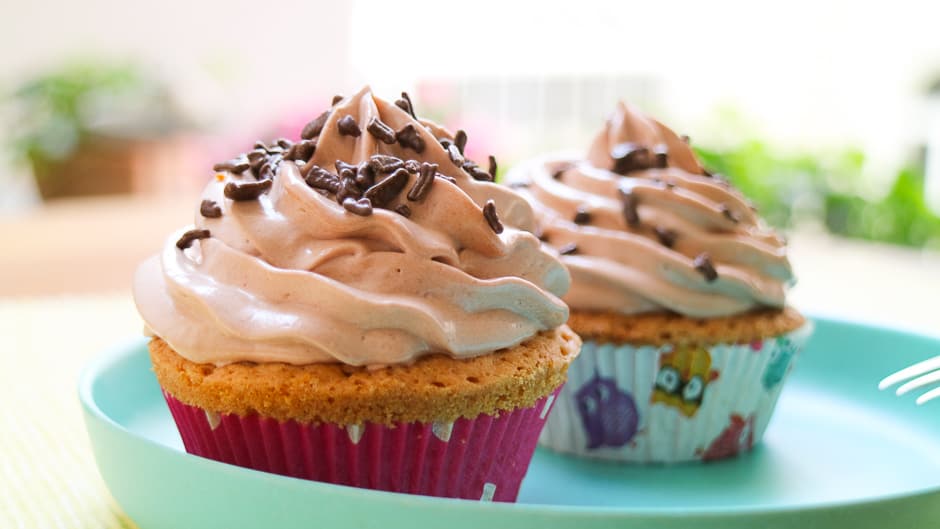 Find here my recipe Cupcakes with Nutella. Delicious cupcakes that always succeed and taste good to everyone.

Nutella is a popular, nutty creamy spread. Nutella was developed in 1940 by the confectioner Pietro Ferrero in Italy. The name “Nutella” is an artificial word from the English nut and the Italian female diminutive -ella.

This time we want to use Nutella in topping. The topping/frosting delivers the well-known delicious taste this time as cupcake with Nutella.

My cupcakes are definitely something for children, of course all the other goodies. The cupcakes with their Nutella topping are guaranteed to sell like hot cakes.

1. Cupcakes with Nutella, the Dough Preparation

The Cupcake bottoms are also called Sponge. I bake the cupcake cake bases mostly in paper moulds. This is the only way the cupcakes can be eaten easily later and the fluffy base migrates easily into the mouth.

Silicone moulds are my second choice… greased muffin sheets without paper are a risk that I do not take. 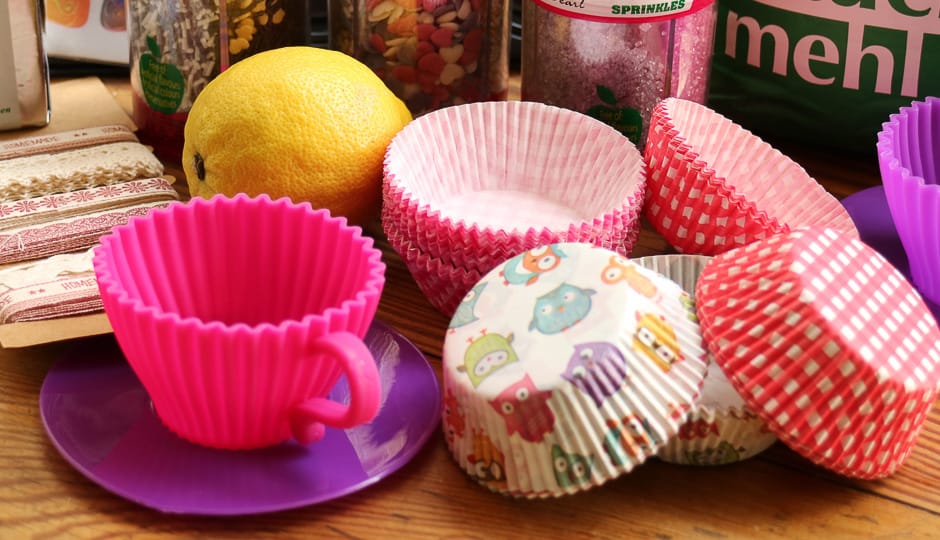 For cupcakes there are many colourful paper moulds or also silicone moulds. © Thomas Sixt Foodfotograf

The Cupcake dough needs a uniformly high baking temperature. That’s why I preheat the oven so that the dough rises nicely.

The cakes get a light brown caramel crust during baking and are beautifully juicy and fluffy baked inside.

The perfect baking temperature for my cupcakes is 180° C hot air, the baking time about 22 minutes.

I take my time for the sponge mixture and always whip the eggs foamy with sugar, so that an airy volume comes into the dough. I sieve the flour and slowly stir it in. 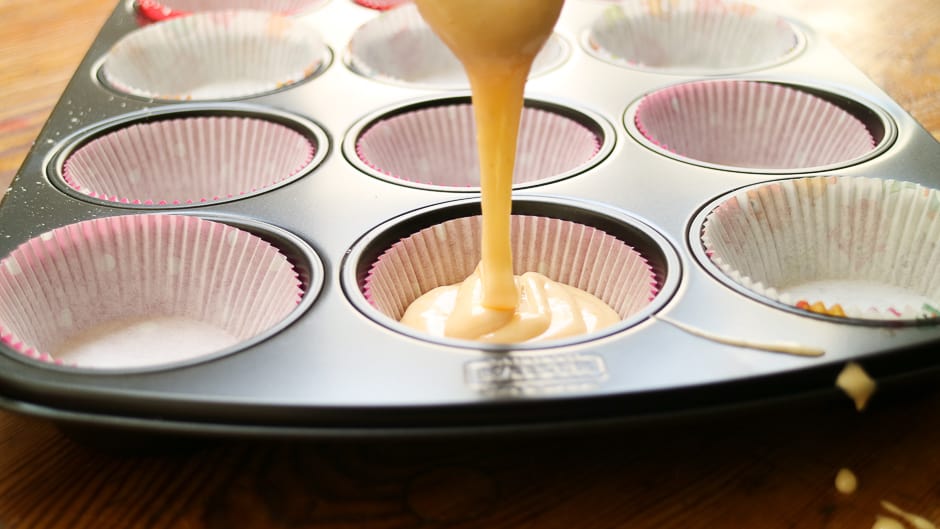 Creamy cupcakes dough when filling the paper moulds. The dough should flow easily, so it can be distributed nicely in the tin. © Thomas Sixt Foodfotograf

After baking, I let my sponges cool in the muffin trays for 5-10 minutes and then remove them from the mould.

2. The Topping for Cupcake with Nutella 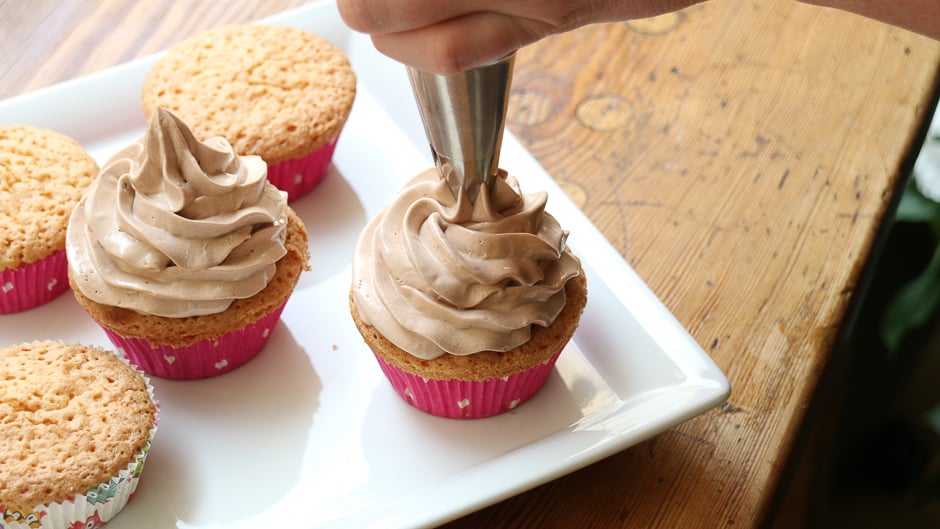 I apply the topping with Nutella on the cupcakes with a piping bag with star nozzle. © Thomas Sixt Foodfotograf

I always prepare the topping, which is also called frosting, freshly. I apply the topping just before serving so that it stays in shape.

I prepare the cream for my cupcake topping or freezing with hardened coconut fat, icing sugar, cream cheese, whipped cream and Nutella.

3. Decoration of the Cupcakes

I like to decorate the cupcakes with chocolate sprinkles. Grated chocolate or brittle also look top as alternatives. For children you can also sprinkle small coloured chocolate lentils over the cupcakes.

I apply the final decoration to the topping of the cupcakes just before serving.