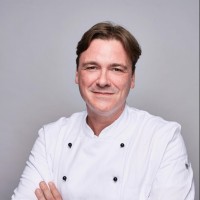 from Thomas Sixt
Hi, I am a German Chef and Food Photographer. The imparting of cooking knowledge is my great passion. Everyone can cook for himself and with this website I would like to contribute to its success. Cooking questions I answer you gladly at the end of the articles. Have fun and good luck!

The recipe Chicken Broth I show in this article with cooking video. You could write a whole book about this soup, but that’s definitely beyond the scope.

Today I will give you an overview of how you can prepare chicken stock yourself. Some ideas from the international kitchen give the right spice.

We want to put all the soup knowledge into one pot in the best possible way. I wish you every success and look forward to the ideas finding your approval. Please share this article with your friends!

The more herbs and vegetables you add to the soup, the tastier the soup will be!

Vegetables for chicken soup, the more the better!

Prepare the chicken stock: Peel and cut the vegetables, wash the chicken well, fry the onion with the cut surface downwards in a pan without oil, add the spices, place all the ingredients in a saucepan with cold water on the stove. The soup may now slowly bring to the boil.

Some ingredients for the chicken stock, the marketing term for chicken broth and soup.

A good chicken broth, prepared with a whole chicken, is left to simmer for 1-2 hours on a low heat after boiling. Vegetables, herbs, aromatics and chicken can give off so much flavour to the soup. The result is a strong chicken soup. After the soup has been brought to the boil, some foam always forms on the surface of the soup. It is protein that binds and absorbs the turbidity easily. This makes the soup clear and transparent. Leave the foam to float on the soup at the beginning, reduce the temperature and carefully remove the foam with a ladle only after about an hour. We cooks call this degrading. Later carefully remove the cooked chicken and vegetables from the soup. Let the chicken cool in cold water and dissolve the meat. Carefully pour the soup through a fine hair sieve and season to taste. Now you can either serve the soup or use it elsewhere.

Chicken soup in a pot with lots of vegetables and herbs. This broth will surely be delicious!

There are several ways to store the chicken broth. These are briefly introduced here.

Let the soup cool, then pour the soup into ice cube trays and freeze the soup. Additional packaging of the soup in a freezer bag will not harm the taste of the soup.

Fill the cooled soup into clean screw glasses and put them closed in the fridge. Attention, do not close hot or lukewarm, the soup can become sour and that would be a pity. If you are filling hot soup, please put a spoon in the glass so that the soup can cool down well. Explanation: When the soup cools down, a layer of fat forms on the surface, which can seal the soup and cause it to acidify. Hence the spoon! When the soup has cooled in a glass with a spoon, remove the spoon and close well. The filled soup will keep for 5 days in the refrigerator, alternatively you can fill the soup hot, close it and then boil it down for an hour in a pot of boiling water. The soup can be kept refrigerated for about 4 weeks.

I like to add some cinnamon, anise, cardamom and ginger to my chicken broth. The ingredients come from the international kitchen and come to the Pho Ga. This is the Vietnamese rice noodle soup with chicken. In addition, a little curry makes itself good in the soup, curry gives a fabulous basis and depth of taste. The season of the ingredients is just as important to me: wild herbs like Gundermann, bear’s garlic, Johanneskraut, mugwort and Girsch come into the soup and give a seasonal taste touch. At best, noodles for the chicken soup are cooked separately so that the starch does not end up in the soup.

Chicken soup noodle pot with peas and vegetables, a classic of simple cuisine!

The healthy chicken broth and chicken soup is a wonderful home remedy for colds. I can remember the chicken soup of my grandmother, the soup cooked for hours at the stove and was refined with all kinds of self-picked and dried witch herbs (wild herbs from my own garden). Through self-experimentation and studying many clever books, I have discovered that chicken soup cooked for four hours or more has a special, positive effect on colds. My soup therefore often cooks for 4-8 hours at moderate heat. The prerequisite for an effective soup is an organic chicken, lots of vegetables and plenty of herbs and spices. An iron pot further strengthens the effect of the soup, I cook the cold soup on the gas stove and trust in the positive effect.

6. Chicken Soup fast with and without Pressure Cooker

I have cooked chicken soup in a pressure cooker only once in my life. The soup gets cloudy, the result doesn’t convince me and therefore I prefer to take the time to cook a good, classic broth. Here are some tips for a quick chicken broth:

The principle is simple: the smaller you cut the ingredients, the faster the flavour can pass from the ingredients to the broth during the cooking process. So cut the chicken, save the chicken breasts for later. Chop the chicken bones, called carcasses, into small pieces. Put the carcasses with the halved legs and wings, vegetables, herbs and spices on for about 45 minutes and cook. Cut the breast into strips, pass through the soup and put on again with the fresh meat cut into strips. Add finely chopped vegetables, add frozen peas, rice noodles or cook the noodles extra. So you can make a fast, tasty chicken soup in just over an hour!

Just yesterday I prepared a fried chicken in the oven in the evening. After cooking, the chicken is always professionally released, breast and leg are served accordingly. The chicken carcass (bone) is left and today, while I am writing this article, I have cooked myself a soup from it. The fried chicken from the evening before was only seasoned with salt, pepper, thyme and a little paprika. The remains of the chicken, including vegetables from the roastreindl I put on with fresh water, added cinnamon, anise, salt, pepper and cardamom and cooked the bones and remains about 35 minutes on light flame. I have finely chopped fresh vegetables, fennel green and spring onions ready to serve. I put the soup into a fresh pot to the vegetables (so that the bones are gone), then cooked the vegetables for 5 minutes. Then I put some fine Thai rice noodles into the boiling soup and let it boil for another three minutes. The meat from the leftovers was sorted out and added to the soup. The soup then served with spring onions, fennel green and fresh marjoram from the terrace. Yummy!!!

The chicken soup made from roast chicken leftovers from the previous day. This delicious soup tastes the best! iPhone® Foto von Thomas Sixt!

The following recipe should give you ideas for the preparation of the soup. If you don’t have one or the other ingredient in your kitchen, that’s no problem. You can fry the chicken pieces briefly before preparing the soup. The colour of the soup then becomes darker and the taste changes with light roast aromas. But this is a matter of taste and you can try it out!

Chicken soup and chicken broth basic recipe with many chef tips and ideas for an excellent and tasty soup. Kochwiki as a kitchen story with cooking video instructions!

Servings 4 Persons
Calories 13
Total Time 90 Min.
Recipe chicken broth and chicken soup with step by step instructions. Kochwiki with many chef tips and cooking video. Prepared as a kitchen story you get the optimal instructions for the preparation of the popular soup. In addition to the basic recipe, I show you many variations for the preparation of a classic chicken broth, a chicken soup that helps with colds and give spice recommendations from international cuisine. Additionally you will learn how to cook a fast chicken soup and how to use the remains of the fried chicken for a soup.

Fry the chicken wings or chicken pieces or the chicken in a pot with a little sunflower oil and butter briefly and lightly before cooking and allow to cool. This step is optional, but you can simply try it out.

Cut the onion in half, fry with the cut surface in a pan without fat until dark and leave to cool. The roasted onion brings colour and great taste to the soup, please try it!

Wash the parsley and add to the soup with the halved tomatoes and garlic.

Now add the bay leaves, peppercorns, juniper berries, cloves, pimento and marjoram. Follow my instructions in the article on seasonal and wild herbs. The soup wins with each herb and develops an exceptional taste.

Bring the chicken soup – chicken broth to the boil once and then simmer for a good two hours at low heat in an open pot.

Add some water if necessary. Then drain the chicken soup through a sieve and season with salt.

Sauce for Goose – my Chef Recipe with Cooking Video

How to prepare Nuoc Mam, Recipe with Cooking Video

Cook Tomato Sauce from Tomatoes and canned Tomatoes yourself

Barbecue sauces for your next barbecue evening, 5 cold sauces to quickly prepare

8 Fondue Sauces Recipes based on Mayonnaise also for Raclette!

Saving curdled Mayonnaise, all the Tips to make the Mayo succeed, Recipe for Mayo with the Hand Blender

Prepare Hollandaise Sauce in Thermomix. The Recipe from the Thermomix Recipe Developer

Prepare your own Veal Stock, Recipe with Professional Instructions, Kitchen Story with Step by Step Pictures

Making Mayonnaise with the Mixer, Recipe with Cooking Video Instructions